Finger Lakes With a Flourish

The Finger Lakes has been branded an “up-and-coming” wine region for almost two decades. So, at this point, it’s a reasonable question to ask: Have the wines finally arrived? Well, yes and no. Yes, in that there’s no denying the many fantastic wines that are produced here. The Finger Lakes is clearly America’s premier cool-climate wine region, and prices remain incredibly low given the quality. Overall, winemaking has taken a leap forward – even since Vinous’s last report on the region in 2016. There’s less reliance on oak, and the quality of the red wines is much improved. Because of the diversity of grape varieties grown in the Finger Lakes, every vintage now promises something worth seeking out. 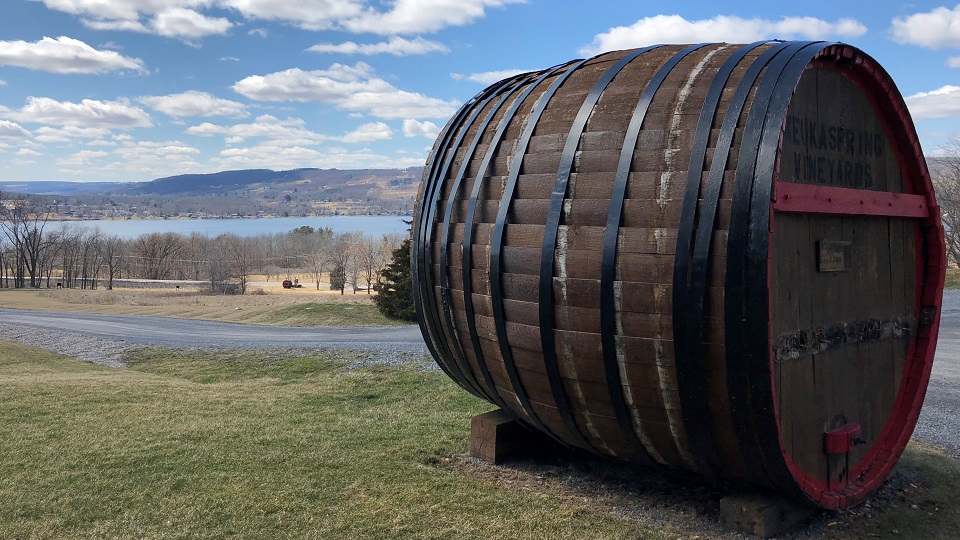 Yet it’s this wide array of grapes that also makes the present and the future difficult to assess. There is something of an identity crisis here. Much of the Finger Lakes is still rooted in the direct-to-consumer model, spurred by the state’s 1976 Farm Winery Act, which led to a robust culture of wine tourism. Many winery tasting rooms pour a dozen or more varieties and styles. Since the Finger Lakes is a popular summer and fall destination, the impulse to offer something new to visitors is understandable. But I wish there was a little more focus. More than 30 varieties are grown on more than 10,000 acres – though less than a quarter of this is vinifera grapes. Most grape-growing here is still dedicated to native labrusca varieties like Concord, Catawba and Niagara, or hybrids like Cayuga White, Vignoles, Traminette and Seyval Blanc.

“This region is still literally being birthed,” said Rick Rainey, winemaker at Forge Cellars. Forge, started in 2011 as a partnership between Rainey, Justin Boyette, and Louis Barruol of Château Saint Cosme in Gigondas, represents a new generation of sophisticated, ambitious winemaking. Part of their new way of thinking is to focus on two grapes, Riesling and Pinot Noir, as well as on single-vineyard bottlings. 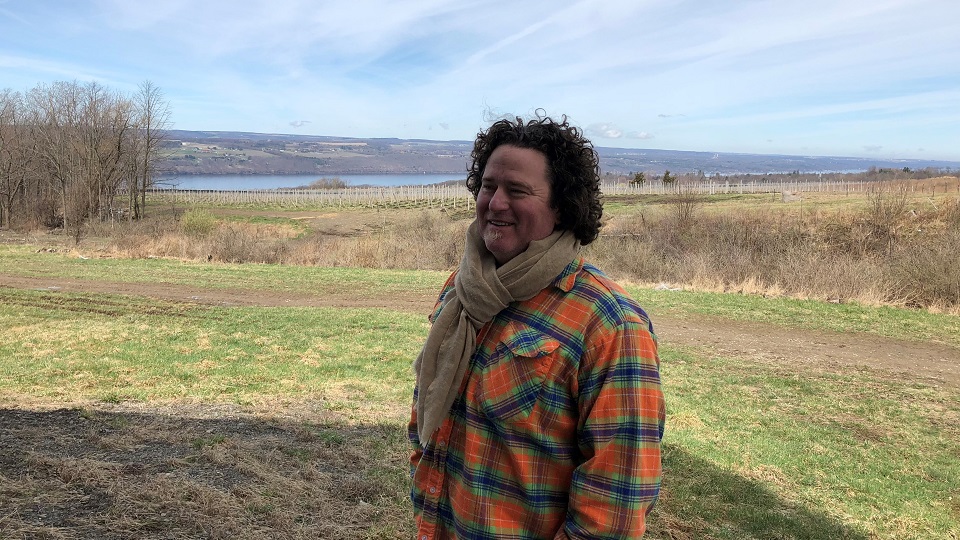 The key white vinifera grape continues to be Riesling – at 849 acres, the most widely planted variety after Concord. Finger Lakes Riesling is certainly the finest in North America, and the top tier is world-class. Riesling is still the focus of venerable producers like Hermann J. Wiemer, Ravines and Red Newt, as well as younger wineries such as Boundary Breaks, Silver Thread and Onyare, among others. While there are plenty of interesting off-dry expressions to be found, the great potential is in nervy, textured, high-acid dry Rieslings.

But Riesling’s dominance could be challenged over the next decade. A younger generation of winemakers sees great potential in Chardonnay (351 acres planted in the region). “When I came back to the Finger Lakes, I was bored by a lot of the Riesling,” said Nathan Kendall, whose Nathan K and Hickory Hollow labels have garnered considerable attention lately.

Christopher Bates, the master sommelier and restaurateur who owns Element Winery, echoed Kendall’s sentiments. Element (which Bates runs with his father Bob) stopped making Riesling after the 2013 vintage. “It just didn’t mesh with our mission to change the perception and image people had of the Finger Lakes,” Bates said.

Winemakers like Bates and Kendall point to the fact that, though under the radar, there are lots of older Chardonnay plantings throughout the Finger Lakes. Some of the best come from clones brought from France by Charles Fournier, a Frenchman who came to the Finger Lakes from Veuve Clicquot in the mid-20th century to head operations at Gold Seal, a historically important local winery established in 1865. Over the years, much of the Chardonnay was used for sparkling wine, which not so long ago was more important in the region. Three years ago, in her Vinous article, Finger Lakes Rising, Kelli White was “skeptical” about the potential of Chardonnay and saw much of it as “characterless and thin.” I’m less skeptical (though I did experience some thin and characterless expressions) and I think the best is very good indeed.

Besides Riesling and Chardonnay, numerous wineries work with Gewürztraminer and Pinot Gris, or experiment with a range of whites, from Grüner Veltliner to Albariño to Muscat Ottonel. Gewürztraminer is the third-most-planted white grape (104 acres), but I was relatively mixed on what I tasted. I found perhaps more potential in Pinot Gris (69 acres). There’s also been some experimentation with hybrid grape varieties. The most prevalent is probably Vignoles, which makes intriguing wines that are sky-high in both acidity and residual sugar. The Vignoles expressions, mostly dessert wines, are a bit strange but worth a try. 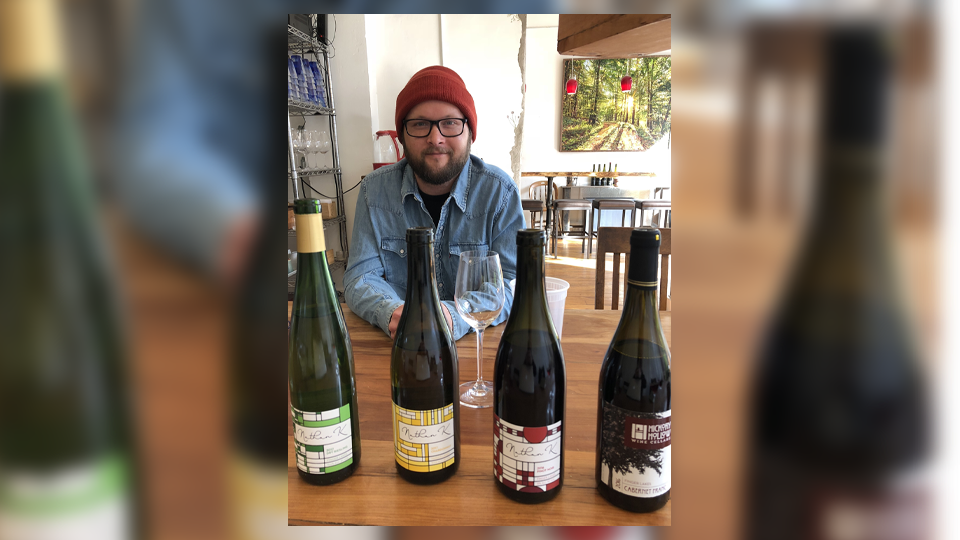 Reds on the Rise

But the most promising wines might be the reds. “Ten years ago, there was no one out there talking about red wines from the Finger Lakes,” said Bates. “But I think we can have our biggest impact through our red wines.”

Cabernet Franc is the most planted (236 acres) followed by Pinot Noir (194 acres). While I did taste some good Pinot Noir from producers like Forge and Heart and Hands, I wasn’t as excited about its prospects in the Finger Lakes. Cabernet Franc, on the other hand, has been the Finger Lakes’ most reliable calling card, and it can be excellent and ageworthy. I tasted a stunning mini-vertical of Cabernet Franc dating back to 2006 with Steve Shaw of Shaw Vineyard that illustrated this. Almost every top producer has a solid-to-very-good Cabernet Franc. Some, like those from natural-wine darling Bloomer Creek Vineyard, can be extraordinary.

One lingering issue with Cabernet Franc in the Finger Lakes has been an impulse to avoid or “manage,” at all costs, the greener, herbaceous notes that are typical of the variety, resulting from prevalent methoxypyrazine compounds. I don’t know if it’s a lack of confidence or an attempt to mimic California. Obviously, too much of anything is a problem, but this fresh, herbal element is something that enthusiasts of Cabernet Franc from, say, the Loire Valley happen to enjoy. Too much oak on the Cabernet Franc often renders it indistinguishable from any other red wine.

Beyond Cabernet Franc and Pinot Noir, there are the usual Bordeaux varieties that make up Meritage blends. But the red with the most exciting potential is likely Blaufränkisch (which is generally still labeled as Lemberger in the Finger Lakes). Some of the highest-scoring reds in this report, in fact, are Blaufränkisch/Lemberger. I appreciate the leaner style of Blaufränkisch in this cooler climate, leaning toward a more intense, less fruity style, full of pepper and dark minerality, reminiscent of the more austere Burgenland expressions.

I also saw a number of experiments with Zweigelt and Saperavi, the red-fleshed Georgian grape. One surprising outlier was the number of interesting Syrah bottlings I tasted, both from old-school producers like Fulkerson and Shalestone and from newer producers such as Element. Bates, for instance, believes that a dry, herbal Northern Rhône–style Syrah has great potential in the region. 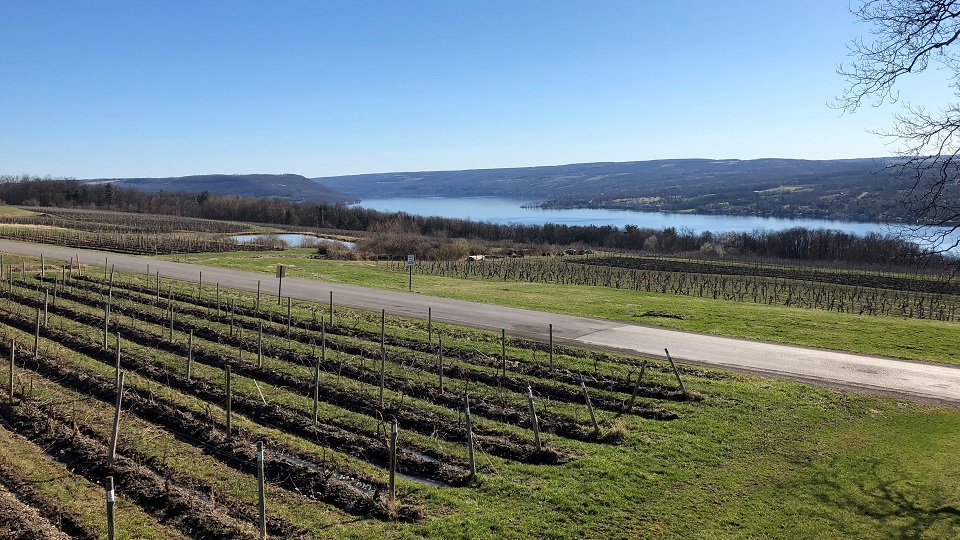 New Winemaking for a New Generation

Talk of the future, like much else in the Finger Lakes, exposes a generational divide. There’s no denying that younger wine consumers want less oak, are open to more natural-winemaking methods and love acidity. This is a good thing for the Finger Lakes. “You have to embrace acidity,” said Josh Wiig of Lamoreaux Landing. “That’s what we’ve got here.” 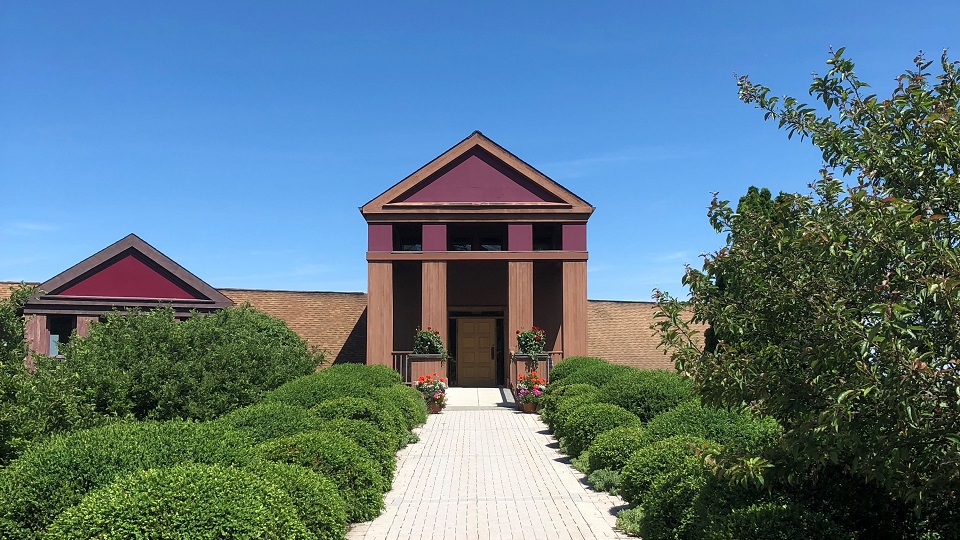 “You Can’t Get Comfortable”

Of course, none of this matters without great vintages – such as 2012 or 2014. This report was meant as a check-in, to catch up on what’s transpired since our last comprehensive tastings in 2016. Most of the more than 400 wines from around 40 producers reviewed came from the 2016 and 2017 vintages. There’s a lot of fanfare around the 2016 vintage, which had the driest summer in 50 years and a warmer winter than usual.

General opinion is more mixed on 2017. That year brought a mild winter, a warm spring and a dryer, hotter fall than usual. But the summer was very wet and cool. “I call 2017 the dark horse vintage,” said Shannon Brock of Silver Thread. I was particularly impressed by the 2017 Rieslings, which in general seemed more lithe, livelier and racier than the riper 2016s. It will be interesting to see how both vintages mature, but my bet is on the 2017s. The 2018 vintage, which is just coming onto the market, was plagued by high humidity, rain and disease pressure. Edible Finger Lakes called the vintage “more nightmare than fairytale.” 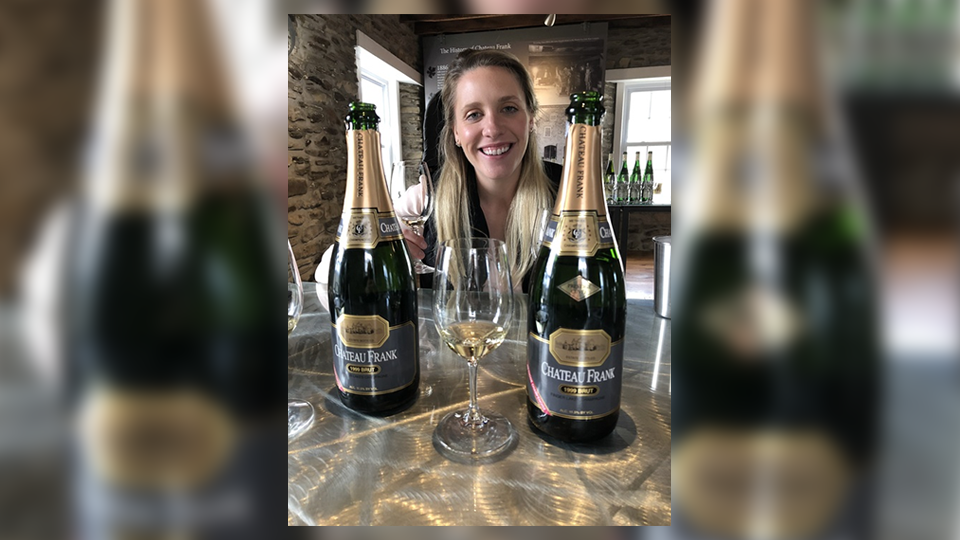 Making wine in the Finger Lakes is not easy. Even with the glacial soils, the winters are extremely cold and there’s a short growing season, so ripeness can be an issue. Sure, the summers are getting hotter, but the winters are getting colder. Viticulture is only made possible through the influence of the extremely deep lakes, which naturally regulate temperature fluctuation. Though there are 11 lakes in total, Seneca, Keuka, Cayuga and Canandaigua are where the significant winegrowing happens, with Seneca and Keuka having most of the vineyards. Seneca is the deepest of the lakes, at 632 feet, and hasn’t frozen over since the early 20th century. Keuka, however, is much more shallow (187 feet) and freezes fairly regularly. “The thing about the Finger Lakes, you can’t get comfortable,” said Nathan Kendall.

Because the Finger Lakes’ two main grapes are Riesling and Cabernet Franc, there will inevitably be comparisons to Germany, Alsace and the Loire. But a distinct regional style is rapidly emerging. “Sometime in my lifetime I would like there to be a recognition that there are amazing sites in the Finger Lakes,” said Silver Thread’s Brock. “We’re not aspiring to be the Rheingau or Alsace or Loire. We have a different reality here.”