I kicked off 2020 reinvigorated with zeal and enthusiasm. It was my “back to business” year, and nothing except a global pandemic could stop me... Oh.

This annus horribilis began splendidly enough, with a tasting of the Royal Tokaji Company’s latest releases in the company of its founder and co-proprietor, the doyen of wine writers himself, Hugh Johnson. Since then, I have endeavored to find a spare moment to write up the notes. If there’s one thing COVID-19 has taught me, it’s that being grounded does not mean I spend hours twiddling my thumbs – quite the opposite, in fact. Finally, I decided it would be useful to combine January’s tasting notes with recent releases from another fine Tokaji producer, Disznókő, part of AXA Millésime’s portfolio of wineries. 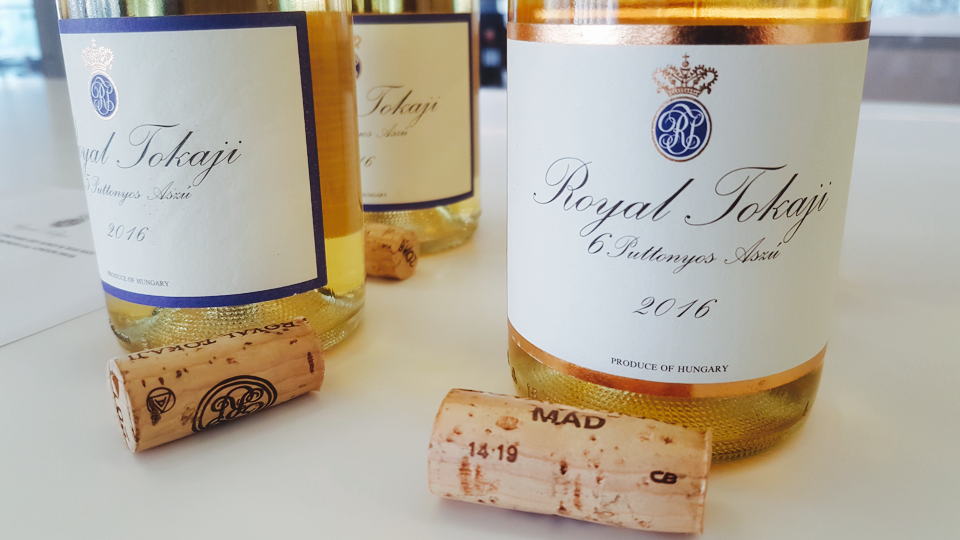 I offered my personal take on Tokaji in a prior report for Vinous, so let’s crack on with the wines in question.

“The 2016 and 2017 vintages are perfect mirrors for Tokaji,” remarked Johnson at the tasting, held at Farr Vintners. “Both have a nice acidity, but good backbone. The 2016 season had tricky weather at the beginning, with some lower parts of the vineyard hit by frost, and there were some problems during flowering. However, we arrived at autumn with perfect ripening. The whites were harvested from end of September. We were able to pick very nice botrytized berries after two vintages without Aszú wines. The 5-Puttonyos includes some berries bought in from other producers under contract, a blend of around 90% Furmint and Hárslevelű. Our own berries are mainly kept for the 6-Puttonyos with some of the best purchased berries, and this cuvée includes over 95% Furmint."

“Then 2017 is a steadier vintage that began with lower temperatures and a lot of snow in January. Spring and summer were very nice, so we ended up harvesting earlier, in mid-September. It reveals a fresher side to the wines, with higher acidity. We keep the wines in barrel for five to six months with a maximum of 25–30% new oak because they are built around the acidity. We want the wines to develop themselves after the fermentation and so we keep them on their fine lees and do not add any SO2 until the following Christmas.”

This impressive set of new releases from the Royal Tokaji Company included the often-overlooked dry Furmints that I admire, offering almost white-Rhône-like aromatics and palate that occasionally remind me of a “well-behaved Viognier.” Both dry and sweet cuvées will appeal to those seeking site-specific expressions of this historic wine region. The 2016 Mézes Mály 6-Puttonyos did not quite hit the target for me on this occasion, though as I mention in my note, perhaps it just needs bottle age. I fell head over heels for the 2016 Betsek 6-Puttonyos, which contains the highest level of residual sugar, not that it is remotely discernible when tasting this complex and incredibly persistent Tokaji. The 2016 Nyulászó 6-Puttonyos is hot on its tail with a killer line of acidity and nervosité, and worth hunting down despite the difficulty in pronouncing its name. 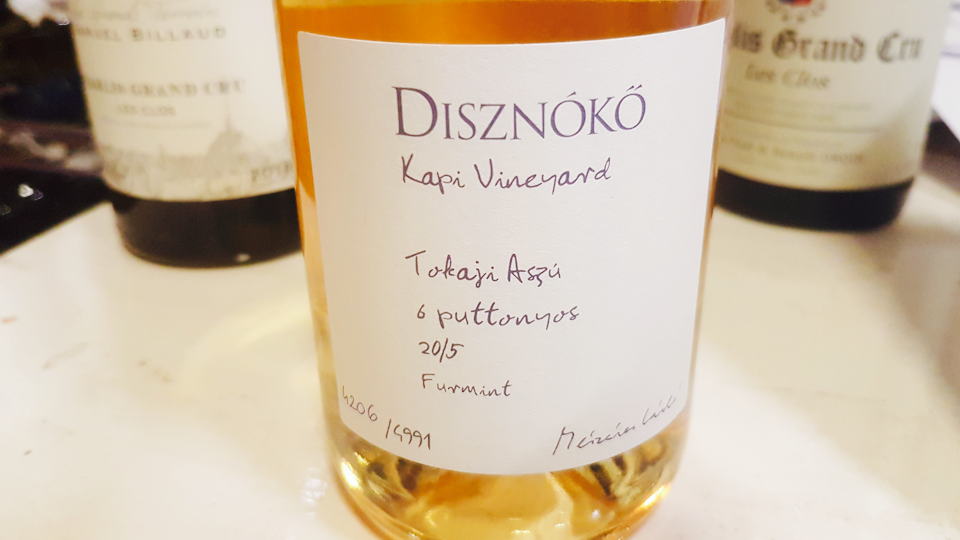 I tasted the wines from Disznókő several months later, when the world had changed. This tasting covered various vintages, all current releases, the highlight being the outstanding 2015 Kapi Vineyard 6-Puttonyos and the outrageous 2007 Eszencia, which might cost a few pennies, but does allow you to marvel at the way this syrupy elixir gloops into your glass. At 1% alcohol, it can hardly be described as “wine,” and it’s probably not ideal if your intention is mild intoxication. This is probably the only “wine” where you could drink the entire production of 1,000 375ml bottles and still drive home. More sensibly, why not imbibe this in the traditional manner, slightly chilled and straight off a glass spoon?

That’s all on the Tokaji front for now. Hopefully at some point I can author a more comprehensive report that takes in a much larger number of producers of this fascinating region and its outstanding wines.