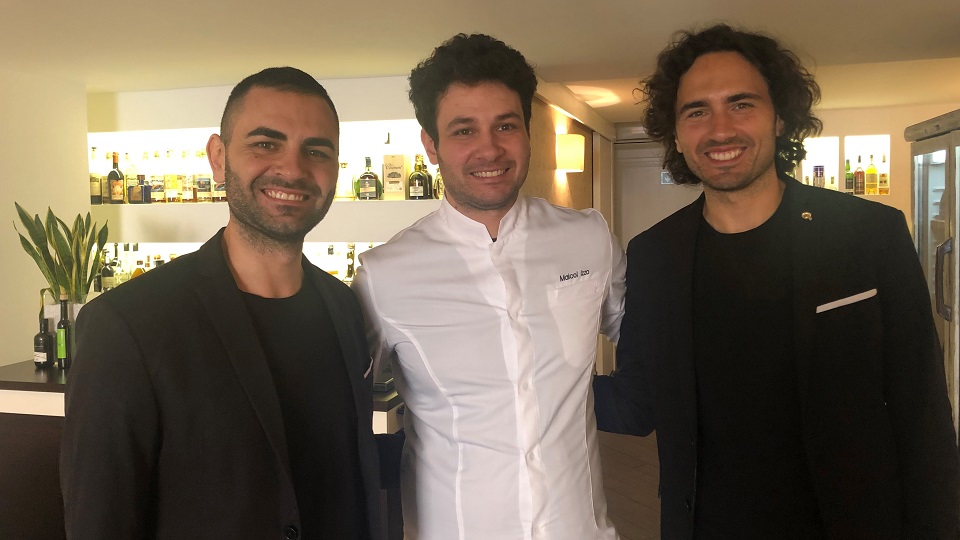 Michele, Lucia, Emanuele, Valerio and Maicol are the members of the Izzo family who run Piazzetta Milù, one of Italy’s truly up-and-coming restaurants. Three siblings are at the heart of this establishment: Maicol is the talented 25-year-old chef who took over from the likewise gifted Luigi Salamone (the chef who first earned a star at the restaurant); Valerio is the restaurant manager; and Emanuele is the knowledgeable sommelier who has built up an extremely impressive wine list featuring just about all of the world’s great wine estates (and even better, at mostly very fair prices). Their father Michele is an expert at cooking on the grill. Local foodies know to look for his contributions to the restaurant’s daily culinary success, such as when he prepares his wonderful and intensely flavorful Neapolitan ragù. Lucia is the family matriarch who keeps everything running. 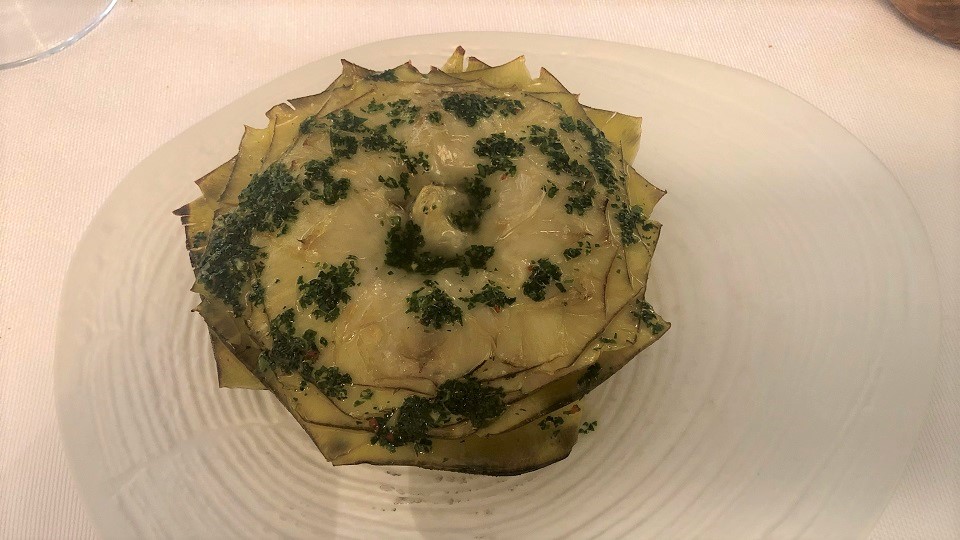 Piazzetta Milù’s reputation and culinary tradition are in very good hands with Maicol, who trained at some of the best dining establishments around, including Torre del Saracino at Vico Equense The young man has an admirable ability to distill intense flavors from all the ingredients he uses (at times almost too much so, with many dishes quite high on the “savory” scale). Maicol is also capable of creating a memorable tasting experience with only a few ingredients, always a sign of a talented chef who does not need to clutter the plate in order to impress. 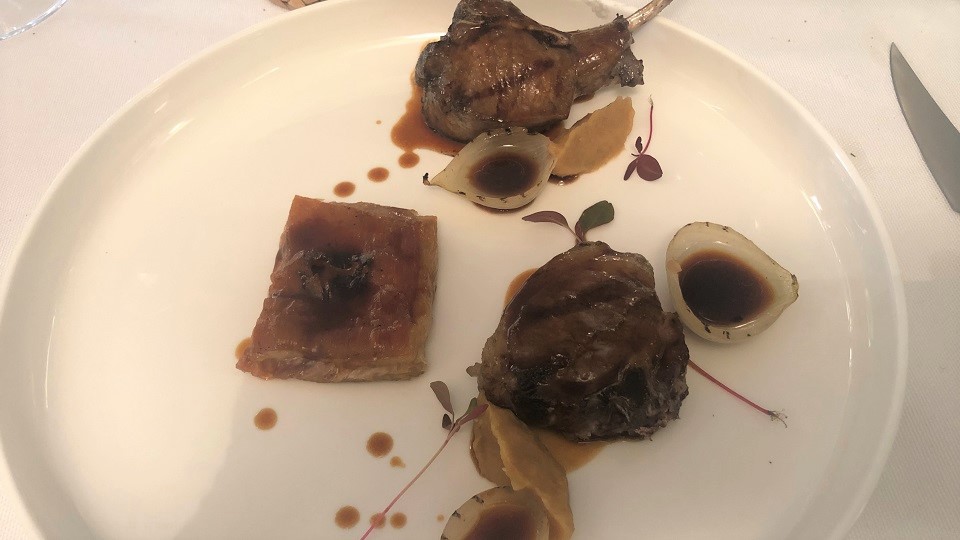 But not everything was perfect at my most recent dinner at Piazzetta Milù. For example, the tagliolini dish was short on lemony intensity and overpowered by the saline anchovy presence. Likewise, the apple dessert was a little too heavy and lacked the necessary refreshment factor to finish off a meal (especially one featuring a series of fairly savory dishes). But those minor glitches aside, I greatly enjoyed the evening, as it allowed me a glimpse into the potential explosion of talent that lies beneath the sleek, pale-colored interior of the refined restaurant. There is much to write home about. The Neapolitan ragù is a classic, served in its own little ramekin at the start of the meal and so flavorful that it prompts you to empty bread basket after bread basket. Likewise, the lamb in its Genovese sauce was superbly cooked and the accompanying long-simmered onion and spice sauce so good that I wanted to actually lick the plate clean. Not far off in complexity and hearty taste sensations was the squid, a rather minimalist-looking if not downright ugly dish that makes up in intensity of flavor for what it lacks in visual appeal. 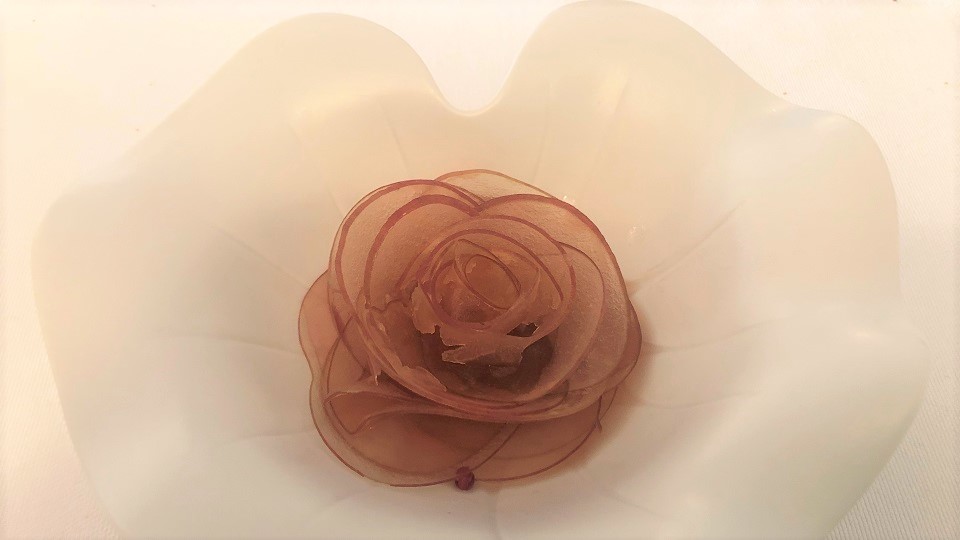 The wine list at Piazzetta Milù is simply spectacular. I could have pored over it for hours and chosen any number of outstanding wines to accompany my meal. I kicked things off with an absolute stunner: The 2016 Horst Sauer Müller Thurgau Escherndorfer trocken is a superb example of what this grossly underrated variety can yield in the right hands and the right terroir. Clean, precise and pure, this beauty offers green apple, floral and mineral aromas and flavors in spades, not to mention lip-smacking but harmonious acidity that makes for a memorable aperitif, and yet the wine has enough body to stand up to complex dishes, such as my pasta. The  2016 Luzy-Macarez Viré-Clessé Rive Dorée is a bright Chardonnay aged mostly in stainless steel (20% is aged in large oak barrels) for 10 months; hints of acacia flowers and yellow apple that are nicely lifted by harmonious acidity on the medium-long back end. Always a standout, the 2015 Guido Marsella Fiano di Avellino is a delight, if a little broad-scaled owing to the warm vintage. Marzipan and lemon-verbena-infused mineral nuances linger on the resiny, smoky aftertaste. The last wine of the evening was the stellar 2008 Zind Humbrecht Gewurztraminer Hengst Séléction de Grains Nobles. Deep, long and luscious, it displays the greatness and complexity that Gewürztraminer reaches at the SGN level. It was not only a perfect end to my meal, but also allowed me to make many new friends, as the people sitting at the tables next to mine were more than happy to partake of this last wine; we had way too much wine left over and it would have been a shame not to share with those around us. One young Japanese fellow turned out to be a visiting chef doing an internship at a local well-known restaurant, and after hitting it off over the Alsace beauty, we planned to catch up on my next trip to Japan. Such is the magic of great wine and food. 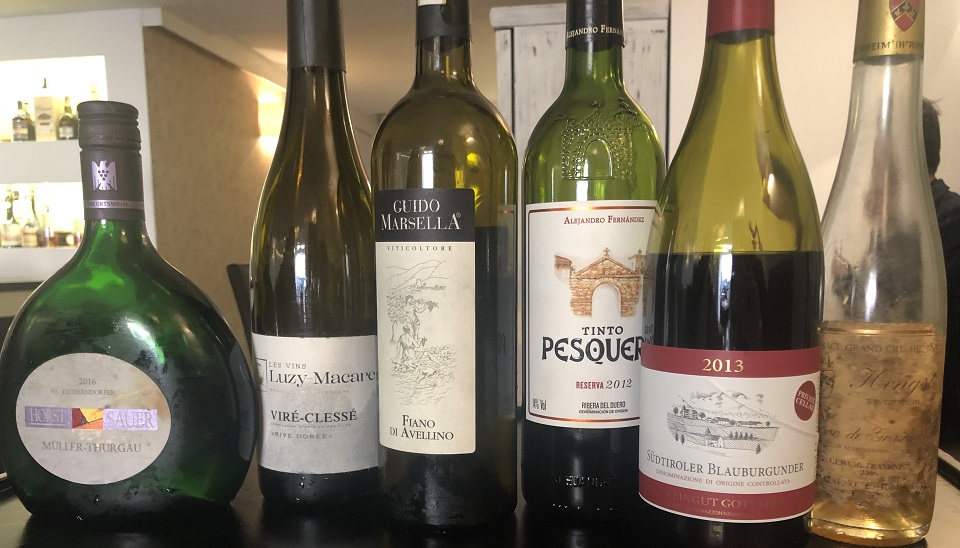