Saint-Malo in Brittany is one of France’s prettiest seaside vacation destinations. The modern city itself is just fine (as far as modern cities go; unfortunately bombed by the Allies in 1944, the whole town had to be essentially rebuilt ex novo) but it is the old town, known locally as Intra Muros (“within the walls”), that justifies Saint-Malo’s reputation as a haven for tourists. The first settler of what would one day become the city of Saint-Malo was reportedly Saint Aaron, who founded a hermitage in the sixth century on the site of the Roman city of Alet (Aletum in Latin; the town was also known as Reginca), itself built on the ruins of a town founded in the first century B.C. by the Gauls. Saint-Malo is actually named after a Welshman called Maclou, who joined Aaron and became a monk; it was Maclou who built a church there, giving rise to the city we know today as Saint-Malo. 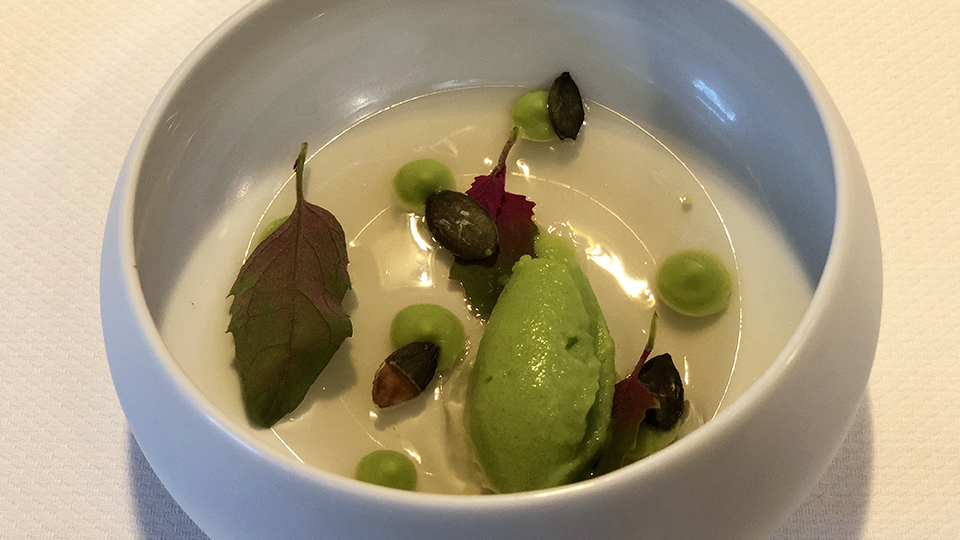 Besides its seafood and beaches, Saint-Malo is famous for other reasons too. It was once the refuge of pirates and corsairs, the seafaring privateers attacking and plundering ships sailing nearby; some vessels paid tributes to the corsairs in order to sail peacefully through the area. Even more importantly, Saint-Malo was the birthplace of Jacques Cartier (1491-1557), the Frenchman who set sail from his native city and discovered Canada. Cartier was the first European to describe, draw and map the Gulf of St. Lawrence, and he called all the land around it the “Canadas” after the Huron-Iroquois Indian word kanata, meaning “settlement,” which he took to be the name of two nearby settlements he had heard of from local youngsters; in fact, “kanata” referred only to the settlement of Stadacona, today’s Québec City. Should you visit Saint-Malo, you can visit Cartier’s home, the 15th-century Manoir de Limoëlou, which houses a fascinating museum dedicated to the explorer. 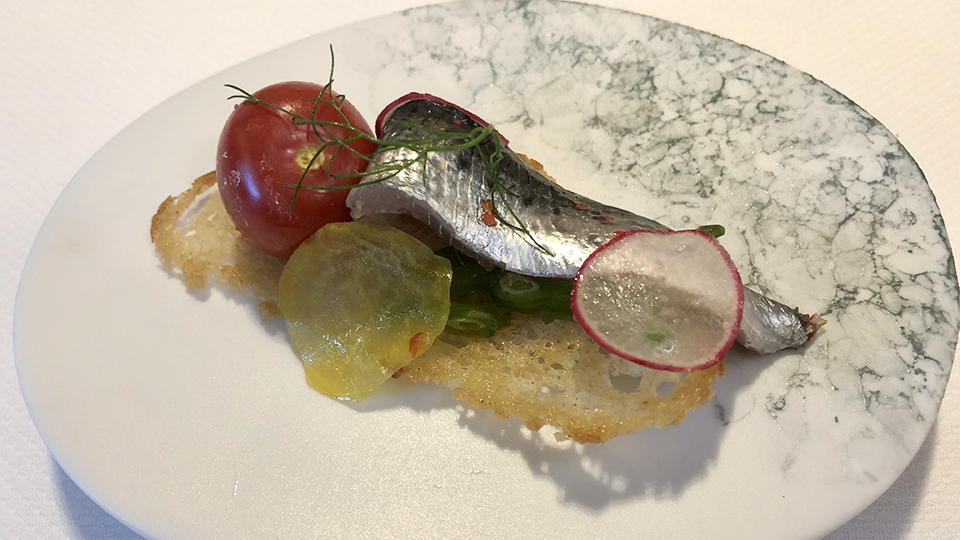 Saint-Malo undoubtedly offers plenty to see, and a restaurant like Le Saint-Placide makes it even more deserving of a visit. Luc and Isabelle Mobihan have created something special on the immediate outskirts of Saint-Malo’s very touristy and very pretty historic center. Luc, who trained and worked at the Chenevière at Port-en-Bessin, at the Auberge Templiers at Bézards and at l’Amphitryon à Lorient, is an obviously talented chef able to make each ingredient on your plate sing its own merry tune in recognizable fashion, yet blend them together in a harmonious whole; the capacity to do both those things is always the sign of a great chef. Isabelle is a likewise talented sommelière and perfect maître, welcoming and accompanying you along the meal, in unobtrusive yet punctually present fashion throughout. 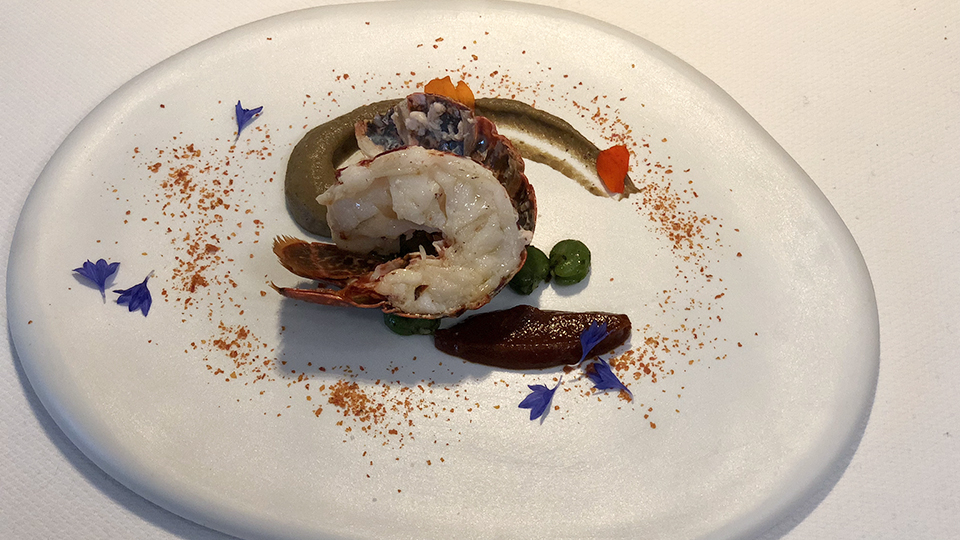 The restaurant, while not especially memorable for its exterior (apparently, the building is a converted tram station), is a small gem inside. The interior design and decor show noteworthy taste, the pale earth tone and white contrasts giving the compact, elegantly quiet dining room a clean, sleek, refined look and feel, but not at the expense of warmth and charm. Well-heeled diners eat quietly at their respective, mercifully well spaced out tables – individuals with enough manners to know that if their cell phone rings, they need to go outside and talk there, and not ruin everyone else’s evening by subjecting them to the conversation (of course, the clientele here is such that you don’t actually hear the phones ring, as everyone appears to, theatre-like, switch their devices to vibration mode). It all makes for a very relaxed, refined setting where you feel immediately comfortable.

You know the evening’s dining experience will go well when the amuse-bouche turns out to be memorable. And so it is with the small pea ice cream and lemon balm, a heavenly, silky and very intense green pea reduction that could not have started off my dinner any better. This is quickly followed by the extremely fresh and briny marinated sardine and spider crab dishes, both of which showcase the noteworthy freshness of the ingredients but also pull off clever juxtapositions of textures and temperatures. Three dishes into my dinner and it is already clear that there is a true culinary virtuoso manning the stove. The rest of the meal is just as impressive as its beginning: carefully sourced ingredients are made to sing solo and in concert, and it would be practically impossible for me to single out one dish over another. The scampi and lobster dishes are especially good, but to stress that would do the other dishes an injustice. 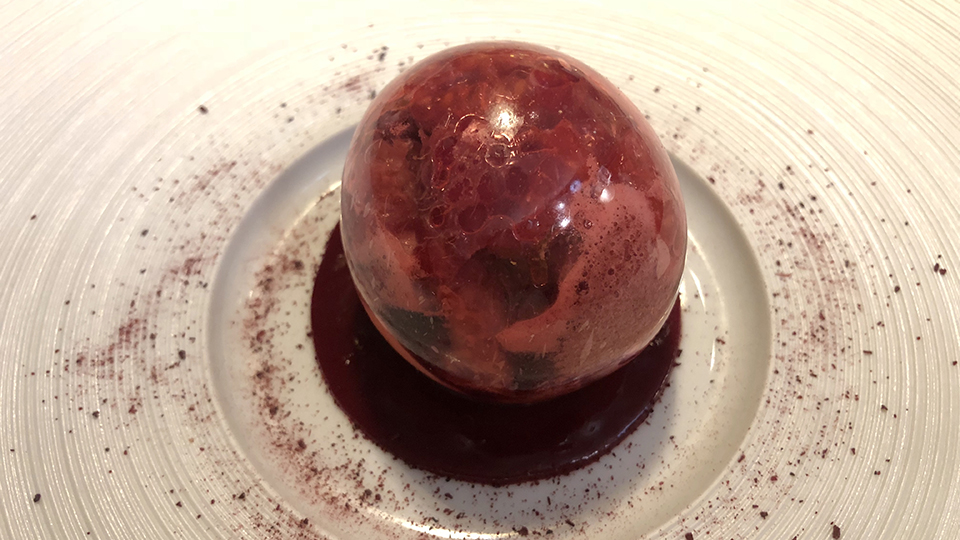 The wine list at Le Saint-Placide is not especially vast, but it is well thought out, offering numerous bottles to choose from; appropriately enough, regional wines dominate the list, and there are interesting, hard-to-find beauties available. As I almost always do when in Brittany and Normandy, I kick things off with an apple cider, and the 2016 J. Cécillon Cidre Divona is one of the region’s best. Cécillon makes a number of different handcrafted ciders and is one of France’s best artisanal producers of this liquid nectar; however, of all Cécillon’s ciders, it’s the Divona that I think offers the best balance of sweet and sour elements, not to mention an enchanting lightness of being. It is made with a blend of different Breton apples grown on loamy-granite soil. The apples are manually harvested in the late fall and stored in sheltered bags in order to achieve better ripeness. Tank-fermented with natural yeasts and matured in oak barrels, the cider is bottled in late April, with a second fermentation occurring in the bottle. It is bottled with no added sulfur, is non-carbonated and non-pasteurized and, compared with other ciders from this producer, has fewer horsey and sweaty aromas and flavors (due to the low use of sulfur). It makes a lovely aperitif. Though perhaps not the last word in concentration, but fresh and clean, the 2016 Domaine d'Elise Chablis provides a refreshing, iodiney counterpoint to the likewise fresh and iodiney nuances of many of my meal’s dishes, making for a lively meeting of aromas and flavors before and after swallowing. Richer and denser, expressing bright apple, pear and stony nuances, the 2014 Domaine Dujac Morey-Saint-Denis Blanc provides the texture necessary to stand up to the lobster and the sweetbreads, and makes a splendid close to a memorable meal – in its simplicity, one of the best of the year, actually. 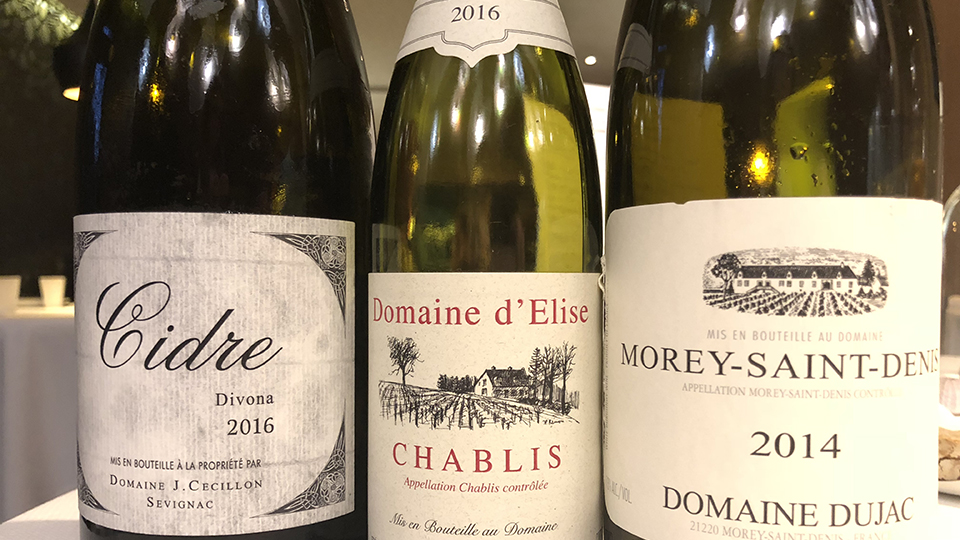 There is no doubt that Le Saint-Placide is one of my most meaningful restaurant discoveries of the last couple of years. I look forward to going back there again and again, and evaluating the restaurant not just on the basis of its sheer talent and elegance, but also on its capacity to cook consistently well night after night. But as we like to say in Italy, he who begins well is already halfway there.