Although much time and energy is spent discussing which wines to acquire, when to drink them, and when to cellar them, the finer aspects of service are sometimes overlooked. These are some tips for opening and decanting older wines at home that I have collected over the years in my career as a sommelier.

Decanting is one of the more hotly debated aspects of wine service. Ask ten professionals their decanting preferences and you’re likely to get ten different answers. With that in mind, I will outline my own personal preferences based on many years of serving older wines in fine dining restaurants in New York City and Napa Valley.

There are two main reasons to decant a wine - to remove it from its sediment and to give it air. This, of course, is only possible if the sediment has completely settled out. There are two ways to achieve this - laying down or standing up. In most restaurants, the slumbering wines are stored on their sides and retrieved via cradle, so that the bottle can be transported to the dining room and then decanted without upsetting the sediment. ‘Standing up’ a bottle is another way to settle sediment, but requires a bit more advance planning. I am less of a fan of this method, as I find that most people underestimate the time it takes to properly clarify a wine; while a medium-aged bottle might settle out within a few days (longer if shipped) an older or particularly sediment-rich wine might take a week or more to achieve total clarity. In my house, we have no cradle per se, we just use a shallow bowl lined with a towel. All that matters is that the wine is kept in roughly the same position as how it was aged, and that the bottle is secure enough to not jostle while opening. 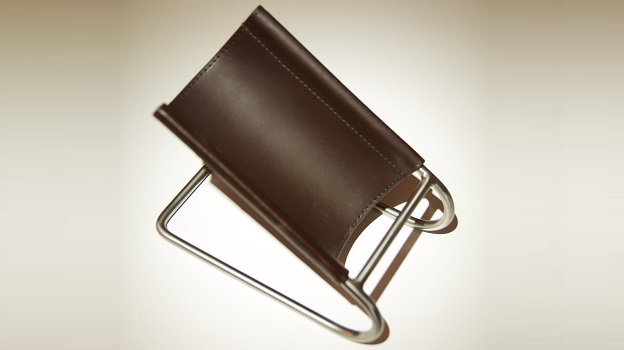 Once the wine is in position - hopefully without disturbing the sediment - the next step is to cut the foil beneath the second lip of the rim (some prefer to remove the foil entirely as a way of ascertaining the condition of the cork). Here your serviette comes in handy as, especially with older wine, it is important to wipe the rim both before and after removing the cork, as unsavory substances such as mold can form, which you absolutely do not want to get in the wine.  In the instance that the neck is covered in wax, the best approach is to pretend it is not there, and plunge your opener straight through to the cork; the wax should provide relatively little resistance, and break away with the first pull of the lever. That said, if the neck is coated in hard, brittle wax (Dunn, Raveneau), AND the wine is old enough that you suspect you may need an Ah-So, then you must chip it away. This messy procedure is best executed by firmly tapping on the wax with the end of your corkscrew until your path to the cork is clear. An Ah-So or Durand are the best implements for extracting old or problematic corks. 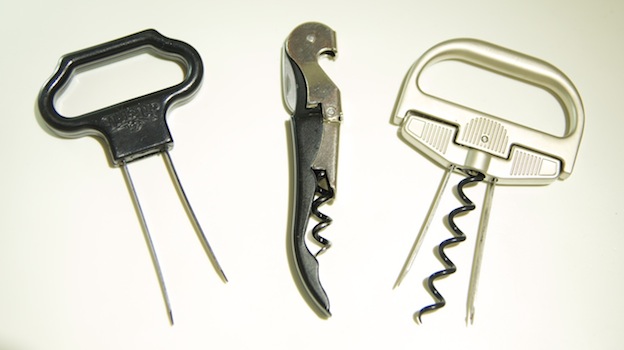 Some of the more effective tools for extracting older corks

When removing a wine from its sediment, the best approach is to hold both the bottle and the decanter at an angle, so that the wine slides gently down the side of the decanter, without splashing. A candle or other light source (the flashlight function on an iPhone is particularly effective) should be aimed up through the shoulder of the wine, not the neck. The purpose here is to stop decanting when sediment reaches the shoulder; if you wait until the sediment hits the neck, you are too late. Very often, the actual sediment is preceded by something called ‘smoke’, a cloudy tendril of very fine particles. In a restaurant setting, where the guest might be alarmed if too much wine is left in the bottle, some allow the smoke to enter the decanter as it affects the clarity of the wine only slightly. Others exclude it entirely. 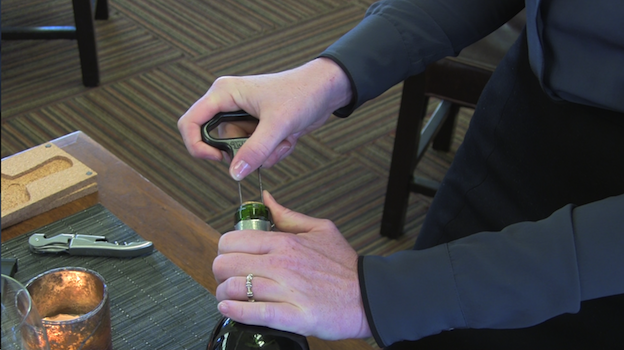 Aeration relaxes a tight wine and can often ‘clean up’ a funky wine (so long as that funk is not cork taint).  In a restaurant setting, this is paramount to getting a wine to show at its best given the relatively small window of time in which it will be consumed and the short notice a sommelier has to prepare it (although I often work with diners to take care of their wine needs ahead of time so that proper decanting is possible). At home, there is no need to rush and I enjoy watching wines evolve over several hours. That said, I still decant the majority of the wines I drink, including high acid whites and young red Burgundy - two categories that are often excluded from conversations about decanting. I still remember my jaw hitting the floor the first time I saw former Veritas Wine Director Tim Kopec decant a bottle of Champagne. When I recovered enough to ask why, Kopec responded that the wine was tight and needed some air – the same reason behind decanting any other wine. I was able to taste that Champagne over multiple stages of its development that night and was able to understand that decision. I now often decant Champange, especially extremely dry, low dosage Champagnes for up to two hours and have yet to see an adverse effect on the wine’s texture or mousse. 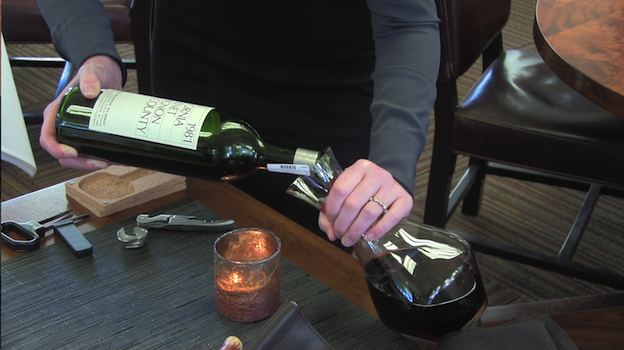 Decanting over a candle

In fact, I have grown increasingly bold with my decanting and have almost never taken a wine “too far.” I especially like giving older California Cabernets – no matter how frail or funky they may taste upon opening – a good hour-plus in the decanter. I learned this via experience, when more than one wine – initially rejected for appearing over the hill – displayed a Lazarus-like recovery by the end of the night. Now I decant almost all but the most fragile wines – refraining only when caramel is the dominant aroma, or when the palate feels diffuse and low in acid. Inevitably, those reedy or musty Cabs that I do decant will clean up, fatten up, and gain fruit with air. 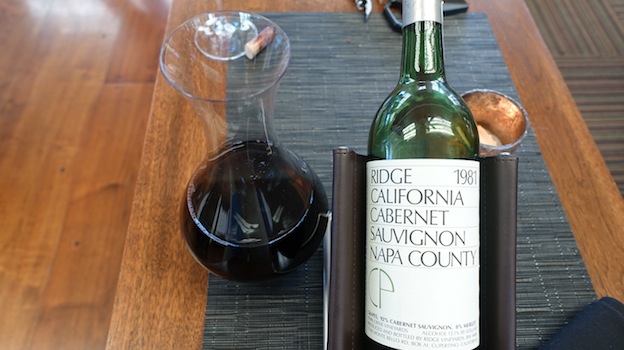 It’s hard to prescribe hard-and-fast rules as every wine is different – especially older wine, where bottle variation is a huge factor – but I find that most wines reach a sweet spot following 45 minutes to an hour in the decanter. Older California Cabernet Sauvignons need to be checked in on regularly, but seem to prefer more than an hour. For aged red Burgundy, or any other older, fragile wine that might fall apart if given too much air, I tend to decant just prior to serving. If you pour the wine straight from the bottle, you run the risk of the last few glasses becoming cloudy with sediment. Some drinkers treasure the “dregs”, a.k.a. the sediment at the end of the bottle, and will pour them into a separate glass to be sipped slowly – without swirling(!) – like a good Turkish coffee. Most critically, once the wine has been decanted, you must keep it under temperature control; if the wine is allowed to warm up too much all your careful preparation might be for naught.

As with everything in wine, it’s important to trust your palate. Don’t just decant something and walk away for hours; taste the wine at regular intervals and make sure you are comfortable with its development. You may find that you prefer the spring-loaded tension of a freshly opened wine, or even the way it tastes the following afternoon.