I am thrilled to announce that David Schildknecht has joined Vinous. David will be covering the wines of Germany, Austria and the Loire Valley. One of the brightest minds in wine, David brings with him nearly forty years of experience, during which he has built a brilliant career rich in accolades as one of the world’s foremost experts on the wines of Germany and Austria, among other regions. David’s articles have appeared in a number of publications, including Stephen Tanzer's International Wine Cellar, Wine & Spirits, The World of Fine Wine, The Wine Advocate and Vinaria, as well as the 4th edition of The Oxford Companion to Wine. I have known David personally for close to a decade and am excited to be working with him once again. David’s first articles for Vinous will be comprehensive reports on new and upcoming releases from Germany and Austria.

I would like to take this opportunity to thank Joel Payne for his numerous contributions to Vinous over the last year. We will be publishing Joel’s remaining articles, including 2013 Austria, 2005 Germany Verticals and Portugal new releases, over the coming weeks. We wish Joel all the best in his future endeavors. 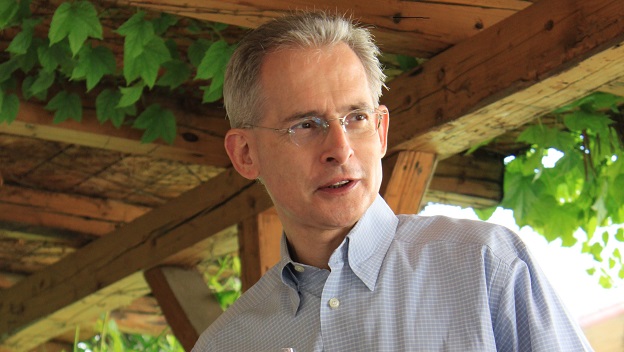 David Schildknecht trained in philosophy and worked as a restaurateur before spending a quarter century in the U. S. wine trade, tasting his way annually through France and Germany since 1984, and Austria since 1997. His tasting reports from Austria, Germany, as well as parts of France and North America were from the late 1980s a fixture of Stephen Tanzer's International Wine Cellar; appearing thereafter in Robert Parker's Wine Advocate. A columnist and feature contributor for Wine & Spirits, The World of Fine Wine and Austria’sVinaria, he is responsible for the German and Austrian entries in the just-published 4th edition of The Oxford Companion to Wine and a co-author of the seventh edition of Robert Parker's Wine Buyer's Guide. He was awarded Austria’s Bacchuspreis in 2008 and was the 2006 recipient of the Vinea Wachau‘s Steinfederpreis.

David has addressed issues of aesthetics in contexts including the International Philosophy of Wine Conferences, The Network for Sensory Research and as a guest instructor in a sadly short-lived pilot course on aesthetics at the U.C. Davis Department of Viticulture and Enology. An avid and perpetual forager and home cook, his life in wine occasionally permits him to pursue his passions for music, history, and his infinitely tolerant wife of four decades.