We all have favorite wine estates. Von Schubert is one of mine. I don’t know exactly how many bottles I have amassed from Carl Von Schubert over the last 30 years, but frankly, I never get tired of anything I taste from the Von Schubert family (readers will remember the November 2015 Vinous Cellar Selection of the 1995 Von Schubert Maximin Grünhäuser Riesling Trockenbeerenauslese Abstberg). I am especially a fan of their Abstberg wines (from the Abstberg vineyard, a Von Schubert monopole once reserved for the table of the Abbot of St. Maximin) and I’m always a little surprised when I drink anything from the estate that is less than grandiose, especially at the higher sweetness levels such as Eiswein.

Don’t get me wrong, the 1999 Carl Von Schubert Maximin Grünhäuser Abstberg Riesling Eiswein is just lovely, but it is still so unbelievably shut down and tight as nails that it gives the words “wine infanticide” a whole new meaning. The 1999 currently offers only a glimpse of the richness that lurks beneath the surface aromas and flavors of green apple, apricot (not peach), pear, fresh ginger and chlorophyll, all tied together (mummified, really) in a crystalline shroud. It’s very Ruwer in its delicate, dainty and juicy personality, and yet also very different from the spicier 1999 Herrenberg Eiswein made from another Von Schubert monopole that is contiguous to the Abstberg (a lesson in terroir, if ever there was one). The 1999 seems like it could have been bottled yesterday; and while the vintage was relatively hot, you’d never guess it by tasting the wine, which is especially remarkable given the half-bottle format. As crazy as it sounds, you really do need to cellar this at least another 10 years before it will be anywhere near ready to drink. But you know, shut down or not, I opened this perfectly stored bottle at dinner in Rome with new German friends, and it was really perfect anyway.  92+/Drink: 2027-2050 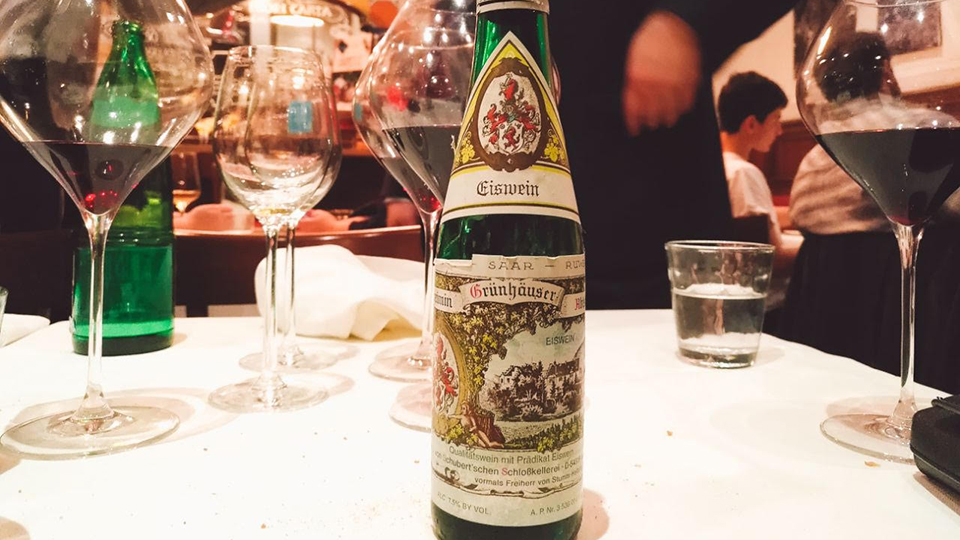