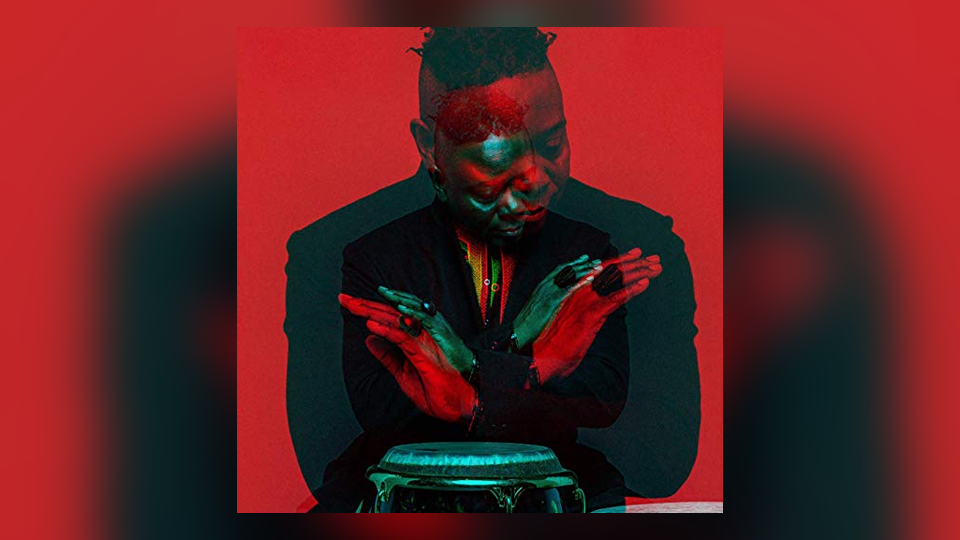 The subject of this month’s album is not the one originally intended. That was former “Silver Jews” singer/poet Dave Berman’s comeback under the “Purple Mountains” monicker. I listened to the eponymously titled album that inspired me to begin writing the review. It is an outstanding piece of work that boasts some of the most heartfelt, funny and creative lyrics you will find in a long time. The following morning I set about finishing my review...

News was just breaking. Berman had taken his own life the previous night. A tragic end to a unique talent, Berman had battled his own demons both in public and in song, notwithstanding attempted suicides in the past that lent it all a sour note of predictability. That he should finally pass away on the crest of unanimous praise and on the cusp of a tour compounded the loss further.

With such a torrent of miserable news from all corners of the world, I did not want to add to it via yet another gifted musician’s untimely passing, and sought out music that is uplifting, music to clear the gloom and succour the soul.

I listen to a lot of soul music, old and new. Perusing my recommendations over the years, I find that it is not represented nearly enough, disproportionate to my appreciation. Philip Bailey might not be a name as familiar as other soul/R&B titans of the seventies but I bet you’ve listened or danced to his music. Along with Maurice White, Bailey co-founded “Earth, Wind & Fire”, whose string of classics continue to light up discos and wedding parties everywhere. He co-wrote floor-filler “Boogie Wonderland” for “The Emotions” and who can forget his tie-up with the then all-conquering Phil Collins for the ear worm “Easy Lover” that topped the charts in 1985, a guilty pleasure for many, including myself. Bailey has since become a revered Grammy Award winning musician, branched successfully into gospel and jazz, been entered into the Songwriters’ Hall of Fame and received an Honorary Doctorate from the Berklee College of Music (though I don’t think Vinous’ former student presented it.)

I must confess that this album was completely under my radar, my interest piqued by an euphoric review in “Record Collector”, incidentally one of the best music magazines you can buy. “Love Will Find A Way”, Bailey’s first solo release since 2002, is a gorgeous and at times dazzling jazz record with R&B inflections. It consists mainly of judiciously chosen covers of classics plus two or three original compositions, Bailey joined by jazz musicians bassist Derrick Hodge, drummer Kendrick Scott, pianist Chick Corea and keyboardist Robert Glasper, not to mention contributions from the likes of Kamasi Washington and Will.i.am.

The opener, Curtis Mayfield’s “Billy Jack” sets the tone, built around an intricate Mali-inspired guitar motif and a nimble arrangement that leaves the perfect amount of space for Bailey’s remarkable falsetto to soar, before morphing into a funky, quasi-blaxploitation groove with pumped-up horn section. It displays the brilliance of Mayfield’s original, yet Bailey makes it his own. The most startling arrangement is for Talking Heads’ classic “Once In A Lifetime”, here ingeniously slowed down into a kind of meditative spoken word oration upon how we should be living our lives. Standout is title track, originally by Pharoah Sanders, Bailey’s reinterpretation featuring Casey Benjamin on saxophone and vocoder. It shimmers from start to finish, so mellow that you can feel yourself drifting blissfully away on its melody and honeyed backing vocals, before a chilled out electric guitar solo takes it to another place. Bailey’s falsetto has never been in stronger form here. If you have had a hard day in the office and/or seeking romantic music for your lover, “Love Will Find A Way” is the perfect balm.

“Love Will Find A Way” is a fantastic album that adds to the canon of a deeply impressive body of work. Philip Bailey is a musician that has lost none of his powers since his halcyon days in the Seventies. Whilst “Purple Mountains” will deservedly reside in the best of year lists, including my own, I suspect “Love Will Find A Way” will be overlooked. When Bailey wins a Grammy for this sublime album, you can all say you learned about it on Vinous.

With all this hot weather about and having spent time down in the Pays Basques recently, find yourself a delicious Txacoli whilst you swat away the mosquitos and tend your sunburn.