Join R.H. Drexel as she visits with wine retailers around the nation and explores their respective shops and philosophies. 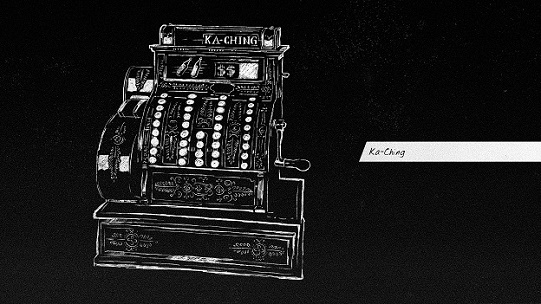 For 38 years Bill Knight, now 78 years old, has owned and operated The Wine House, a sprawling, well-stocked wine store serving the greater Los Angeles community. Housed in a rather unglamorous, tall-ish building just off the 405 Freeway on LA’s west side, The Wine House offers a mind-bending array of wines and spirits from around the world.

Looking for a Chenin Blanc from South Africa or the Loire? Check. How about a seven-year-old Scorpion Mezcal? No problemo. Starting to look for great Grower Champagnes for New Year’s Eve? Seeking out older, rare vintages of Rayas or Allemande? That won’t be a problem; there are over 8,000 domestic and imported labels unfolding over 18,000 square feet of salesroom floor space in the Wine House. Walking the floor seemingly non-stop is Knight himself, with his two sons -- Jim, 42, and Glen, 44 -- who joined their father at the shop over a decade ago and now own a small percentage of the family business each, while “Dad retains most of the ownership,” says Jim Knight.

The three seem to have borrowed a page from the old Hewlett-Packard playbook and practice MBWA (Management By Walking Around) with ease and confidence. As I shadow them throughout the day, they each tread the floor often and in each section, speaking to employees or to consumers. The senior Knight remains spry and curious, chatting it up with consumers and staff alike, in his signature sardonic style.

The rakish and charming Jim Knight seems to have either been appointed (or reluctantly assumed) the role of family spokesperson, so it is he with whom I spend most of this fun day. 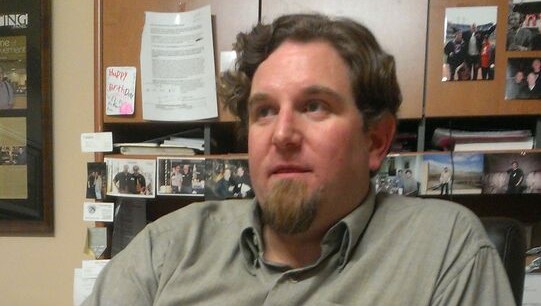 How is it working every day with your dad and your brother?

There are ups and downs. Mostly ups, though, to be honest. It’s brought us closer. Obviously, different generations don’t always see things eye to eye, but my brother and I have great respect for my dad. I mean, he took this business from a small wine retailer, to a multi-million dollar major player across the nation, so Glen and I are humbled by that. He’s kind of E.F. Hutton around here. We listen to him. My dad was one of the first people to have an e-commerce wine website, and he’s still really interested in social media and marketing. Even though he’s older than us, he’s probably hipper than us. 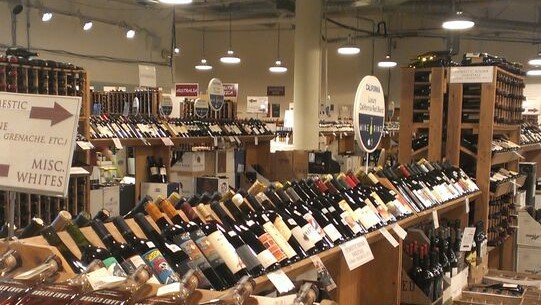 Do you have a certain demographic that comes into your shop? Or because we’re in Los Angeles, do you get a little bit of every kind of person walking in here?

It’s pretty much all over the place. Age-wise, our customers are mostly from around their mid-30s to people in their 60s. It’s a broad range. We’re trying to attract younger people to the store. We’ve hired some younger sales staff -- they are not as jaded and set in their ways as some wine sales people can be -- and we’re offering events, in-store tastings, educational courses, etc.

When you walk into our store, it can be intimidating. With over 8,000 wine labels, I’m sure some customers walk in here for the first time and think “where do I start?” It’s like walking into Ameoba Records because you’re looking for some new music. That can be overwhelming. Our ultimate goal is to have enough sales staff walking the floor so that no customer ever feels lost. And, then, those sales people are encouraged to be friendly and unintimidating.

I don’t know much about computers, so when I walk into a computer store I’m immediately overwhelmed. If the person assisting me is just dropping computer terminology all over the place, I just want to walk out the door. You should be able to read a customer -- you should know when it’s okay to geek out, and when it’s not.

Then there are customers who don’t want to be helped. For example, I notice that women are more comfortable asking for help than men are. I guess it’s true that men don’t like to ask for directions. For customers who want to figure stuff out on their own, we have TASTE, this automated tasting bar, or Cruvinet, that offers 32 self-dispensing slots…we change those frequently. It’s not really a tasting bar. It’s more a way for people to taste before they buy. We feature new wines that have just come in, or something we’ve taken a position on. 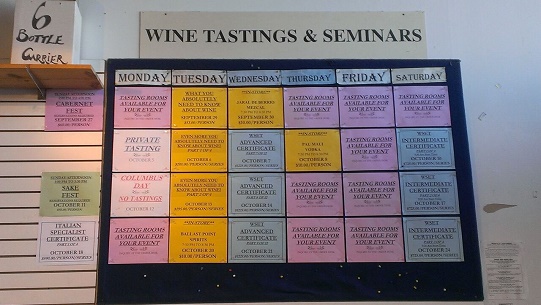 Do trends like the low versus high alcohol discussion, orange wines, stuff like that…do those occur in a trade bubble, or do those trends trickle down to the consumer?

I think they mostly occur in a trade bubble, but some of it does trickle down to the consumer. There was a trend a while back for Orange wines. I think it’s still a bit of a thing on the East Coast, but here on the West Coast, I think that fad is almost dying, so to speak, at least it has among our customer base. A new fad that has trickled down from sommeliers is this love of Chenin Blanc. Our Loire sales in the last 18 months have been tremendous. At least for the time being, Saumur Blanc is the new Chardonnay. Then it’ll be something else. 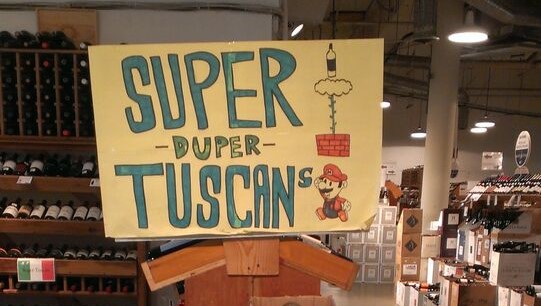 Do people still come in looking for Napa Valley Cabernet?

Napa Valley Cabernets are still the gateway drug. We just had our annual Cabernet Fest here at the store, and it was as popular as it ever was, if not more popular than when we hosted it in the ’80s. There is still a Napa and Bordeaux collector. New collectors especially tend to start with Napa Valley and Bordeaux and then they soon graduate to additionally collecting Burgundy, Rhônes, Barbaresco, Barolo, etc. Also for gift-giving, Napa Valley wines are still very popular.

[Here, Bill Knight, having stepped into an office to sit in on one of our chats, chimes in to answer this question]

The traffic is so bad here on the west side of Los Angeles; really in LA in general. People are not willing to drive as much or as far to buy from us as they used to. We have people coming to visit from Santa Monica (typically a ten mile or so distance), and it might take them an hour to get here…or even longer. So our audience is being eroded away from a convenience standpoint. What’s good is that we have a strong e-commerce presence, so we sell a lot online; younger people, especially, seem to like to order online.

[As Bill heads out of the office, his son calls out, “Thanks for coming by, Big Man,” and they both kind of chuckle.]

So, what are the holidays like at the Knight household? Who brings the best wines?

I’d have to say my dad. His number one love is Burgundy. He has a great collection and is very good about sharing it. We have now had Henri Jayer's 1990 Cros Parantoux three times as a family over the holidays. We’ve had the 1990 Rousseau Chambertin a few times. My dad “represents” more than my brother and I do, but he got an early start! He’s winning the race right now. I typically bring Northern Rhône and my dad’s not really a Cornas fan. He’s kind of old school; he grew up on Burgundy and fine ports. So I get to enjoy my Allemands and my Jamets, and all that good stuff. 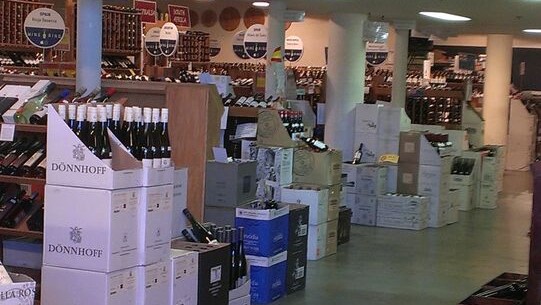 How do you blow off steam?

I think going to concerts is what does it for me. I’m a huge Dead Head [fan of the Grateful Dead], and I attended the Fare Thee Well Tour in Chicago. I like Jam Band music. I go to Widespread Panic concerts when I can. So, that’s how I most like to blow off steam.  And, also, getting together with friends. I prefer to eat in private homes…or my home…rather than go out to dinner. You’re just on your own time, popping corks at will. Probably the third way I blow off steam is playing the drums. I bang my drums with my hands. I studied Latin and Afro-Cuban percussion at USC. When I’m playing drums or at a concert, my mind is not on anything but the music. 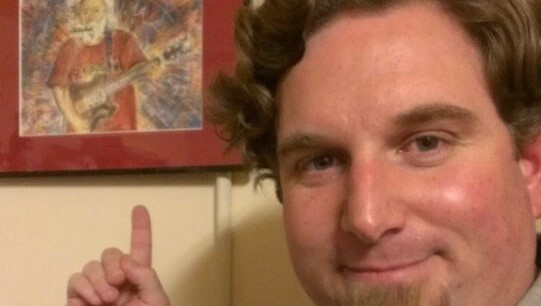